Best Treks to do near Delhi 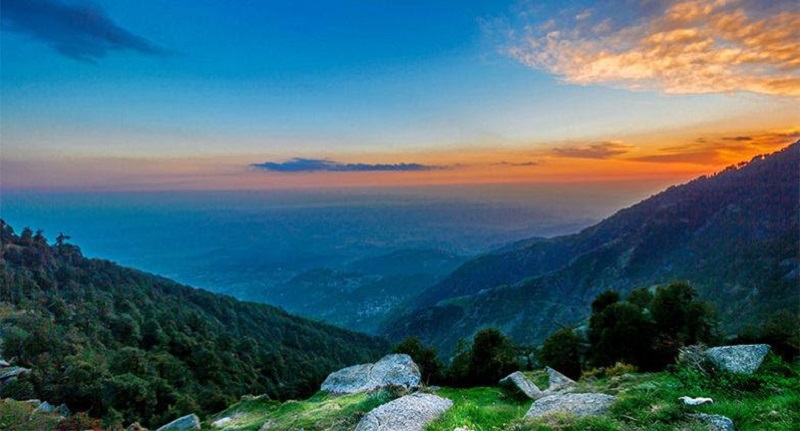 Best known for its historical significance, Delhi also lies foremost in terms of connectivity. The capital of the country also provides ample opportunities to go on some popular treks nearby. This article gives a brief insight to some of the most famous and popular treks one can visit from Delhi.

A small cradle shaped valley at an altitude of about 3,566 metres in the Uttarkashi district of Uttarakhand, Har ki Dun is surrounded predominantly by alpine vegetation and the snow laden Garhwal mountains. At a distance of about 299 kms from Delhi, the Har ki Dun trek has emerged to be one of the most popular treks in Uttarakhand and is visited. It is best known for its mesmerizing views to the lush green valleys and forests along with some famous Garhwal Himalayan mountains which include the Swargarohini group of peaks, Black Peak, Bandarpoonch etc. The trek typically begins from the base camp at Sankri village, and proceeds through Taluka, Osla and Har ki Dun. Also known for leading one through some of the most isolated and remote villages in the country, the Har ki Dun trek can normally be traversed in around 7 days. The rich variety of flora and fauna is another prime attraction of this trek and an absolute delight for nature lovers and wildlife enthusiasts. It is a moderate trek in terms of difficulty, and usually needs some level of physical endurance and relevant skills. Another reason behind the huge popularity of this trek is that it can be visited during both summers and winters.

With an altitude of about 7,816 metres, Mount Nanda Devi inside the Chamoli district of Uttarakhand is the second highest mountain peak in the country. The Nanda Devi Base Camp trek is rapidly growing as a popular trek among trekkers and mountaineers and best known for its spectacular views to some popular Garhwal Himalayan mountains which include the Nanda Devi East, Mount Trishul, the Panchachuli Peaks and Mount Nanda Kot. One treks through places like Martoli, Rargari and Munsiyari etc. over a span of 9- 12 days and all of these places are known for their mesmerizing views of the snow laden mountains, lush green valleys and open meadows. The trek is also known for its rich natural biodiversity and is no less than a paradise for nature lovers and wildlife enthusiasts. At a distance of about 344 kms from Delhi, the Nanda Devi Base Camp trek is a moderately difficult trek owing to the narrow and steep ascents accompanied by the harsh weather. One can ideally visit this trek during the months of July to September, when the weather remains relatively pleasant.

Located at a distance of about 312 kms from Delhi, the Benog tibba peak is the highest in the Missouri region with an elevation of about 2,250 metres. One of the lesser known treks in Uttarakhand, the Benog tibba trek is best known for its breathtaking scenic beauty of the snow laden mountains and lush green valleys. It is surrounded by the magnificent Garhwal Himalayan mountains in the north, the Missouri hills to the east, the beautiful Doon valley to the south, and the Yamuna and Assan Barrage to the west. The rich diversity of flora and fauna of the region is another major attraction of this trek, and is a sheer delight for nature lovers, wildlife enthusiasts and photographers. Located inside one of the most important biodiversity hotspots in the subcontinent, this region is home to some rare and endangered animals, which include the mountain quail, the red-billed blue magpie, the Himalayan goat, the Himalayan bear and many more. An easy to moderate trek in terms of difficulty, it can be traversed by both amateur and professional trekkers. Another special feature of this trek is that it can be visited throughout the year.

A small hill station at an altitude of about 2,828 metres and a distance of about 402 kms from Delhi, Triund is one of the most visited tourist destinations in Himachal Pradesh. Best known for its stunning views of the beautiful Kangra valley and the snow covered mountains of the Dhauladhar ranges of the Himalayas, the Triund trek will lead one through several grasslands and valleys filled with blooming wildflowers, streams and waterfalls, and thick forests of pine, oak and rhododendron. Another reason behind the huge popularity of this trek is the rich natural biodiversity of the region, making it a heaven on earth for nature lovers and wildlife enthusiasts. An ideal trek for both beginner and experienced trekkers, the Triund trek is suitable to visit during the months of May to October.

How To Deliver Seamless Customer Communications During The busiest Travel Season! 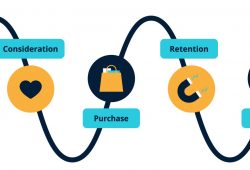 Fun Things You Can Do In Macau 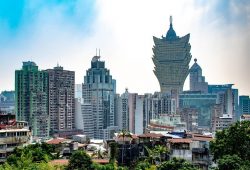