What is BLOCKCHAIN GOOGLE || Qitcoin QTC 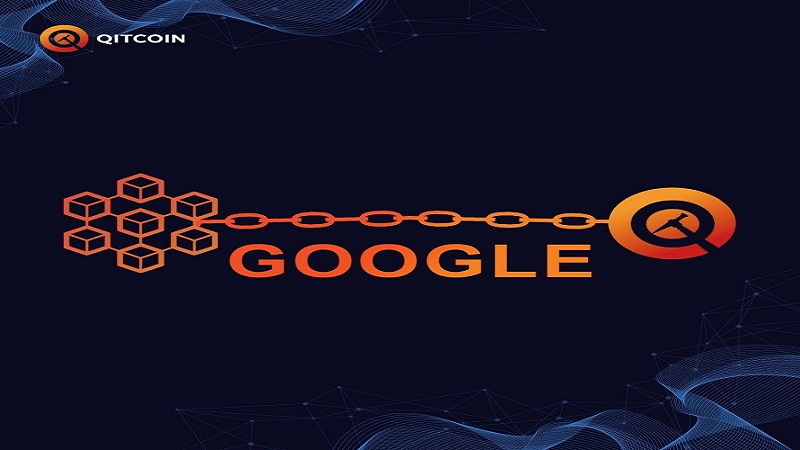 Blockchain is expected to be a foundational technology in the future, enabling new protocols for the construction of a token economy and ushering in a new economic paradigm.

Qitchain is providing the best blockchain technology to the public. Everyone has access to the public account but it provides transparency. Every node has the ability to check the trustworthiness of the data in this ledger. It is untemperable where node participants are unable to tamper with.

Information is becoming increasingly rich. As blockchain technology advances, the ledger will include an increasing amount of data. It is no longer confined to financial data, and the transaction process can be included. The Internet has fully integrated into the production and life of society over the last 20 years, causing huge changes around the world.

The QTC blockchain’s technical qualities are just being able to meet this demand. It is essentially a set of governance structures, the core of which is an incentive and restraint system based on a combination of numerous mechanisms. By combining distributed data storage, peer-to-peer transmission, consensus procedures, encryption techniques, and other technologies, Qitcoin blockchain  performs subversive advancements in computer models and significantly raises the threshold for “doing evil.”

Because of blockchain, tokens have a strong foundation of trust. A traditional centralized infrastructure cannot reach the same level of credibility. The secret was divulged by The Economist, who referred to the blockchain as a “trusted machine.” The blockchain token is naturally safe and trustworthy in terms of cryptography.

The blockchain serves as a transaction and circulation infrastructure.

The “pass” is to have fast transactions, high liquidity, fast circulation, and to be trustworthy and secure, and dependable. These are precisely Qitchain’s major capabilities. The blockchain, according to some, is a value exchange mechanism constructed on top of the TCP/IP protocol used on the Internet. Whether or not this assertion is exhaustive, it correctly recognizes the blockchain as the most ideal infrastructure for value exchange.

QTC is a decentralized storage system.

QTC’s decentralized search engine storage system reduces the possibility of tampering with records, limiting distribution, fluctuating pricing, and undermining trust. It will be the future Google of Blockchain in the coming years.

The token should have both intrinsic and usage values.

Token facilitates and stimulates the creation and circulation of all sorts of proof of rights and interests, including tickets, points, contracts, certificates, point cards, securities, permissions, and qualifications. Trade on the market, which allows the market to set its own price while allowing it to be used and confirmed in real-world scenarios. This has a significant impact on the real economy. So, what is a token economy, exactly? It’s a system that heavily relies on tokens.

Anyone, as a company or individually, can use their own resources and service capabilities to provide evidence of rights and interests. The pass is kept on the QTC’s blockchain and can be validated, traced, and exchanged at any time. Its security, credibility, and dependability had previously been unthinkable. As a result, any group or individual can now easily write, “generalize,” and promote pledges. No other human society has ever possessed this power.

Our production and lifestyle will be dramatically transformed once the numerous tokens of each organization are fast circulating and trading.

Due to the high-speed circulation and selling of tokens, the price of each token will be set quickly in the market. This is the invisible hand of the token economy, which is more sensitive and exact than today’s market price signals. Every micro-field will eventually be forced to adopt an efficient market, if not the ideal market.

The use of tokens; the use of smart contracts centered on tokens

This alone has the ability to encourage a wide range of ideas, and the opportunities for creativity it generates, as well as the waves of the invention that arise. It will far outweigh the computer and Internet era.

Based on these pieces of knowledge, we are sure that the pass is the key to ushering in the next-generation Internet economy. Whether the use of tokens in the corporate sphere will ensure a level playing field, new sales can be created, market share can be expanded, and first-mover advantages can be achieved if this is the case.

If the token’s value continually rises, it will be feasible to keep current users while alluring fresh users. It will allow the community to grow sustainably. The price of a token is determined by its supply and demand on the cryptocurrency market. Also, providing tokens with intrinsic value can aid in system stability. In a variety of ways, the token economy strategy will be beneficial. Furthermore, research into token economy models that directly address environmental or social sustainability issues will have far-reaching consequences. What is a network engineer?